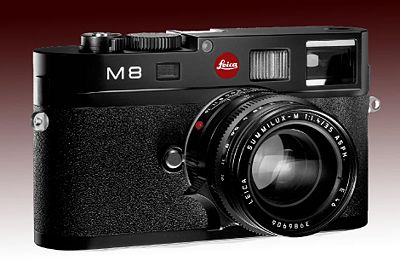 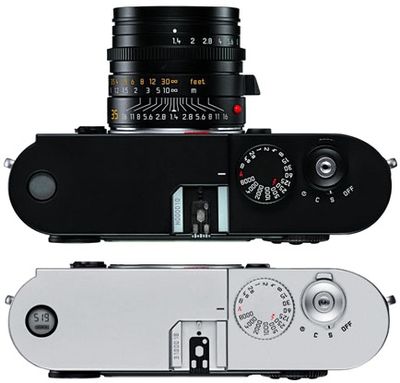 Version 1.092 Includes: In Review mode the bar above the image is black and now includes displays for the shutter and ISO speeds as well as the image number. The clipping function is now accessible directly in Auto Review mode, i.e. without having to press the INFO button first. The color rendition with Adobe Camera Raw was improved. If Auto Review and Histogram are both selected in the menu, this is now indicated as „Hold/Histogr.” The word „disabled” has been replaced by „off”. Numerous internal procedures were improved and so-called bug-fixes implemented.

Version 1.102 Addresses: Image quality problems resulting from the M8 sensor sensitivity for infrared light. Depending on the angle of the light it can lead to color offsets near the image edges with focal lengths from 16 to 35mm and will give an undesirable magenta-colored offset effect. Leica has therefore recommended the use of special Leica UV/IR filters. Together with coded lenses, this new firmware version corrects these color offsets.

Version 1.107 Includes: Changes within the firmware allowing Leica Camera an even saver and more efficient production process. Modification of internal procedures, optimisation of the general image reproduction and the functional features of the LEICA M8 has been accomplished.

Version 1.201 Includes: New and considerably improved algorithms for the automatic white balance (AWB), Bug fixes: The following effects have been remedied: With certain SD card types, images were bouncing while being reviewed. In few cases, wrong exposures were reported when the camera was released from stand-by mode. In the Exif data, the Max-Aperture-Value of the TRI-ELMAR-M 16-18-21mm/f4 ASPH was incorrect.

Version 2.000 update adds these improvements to your camera: Compatibility to memory cards in the SDHC standard up to 32GB capacity.

Note: The choice of SD and SDHC cards in the market is already very big and is constantly growing. Therefore, Leica Camera AG is not able to do comprehensive compatibility- and quality testing with all available cards in the market. We recommend “Extreme III” or “Professional” from the leading brands such as “SanDisk” or “Lexar”. Using other card types, will not damage camera or card, but as especially “no name” cards do not respect the full SD or SDHC standards, Leica Camera AG cannot warranty full function with those cards.

New function “AUTO-ISO” with setting options for maximum ISO values and the slowest shutter speed (please see also instructions for LEICA M8.2 from page 121) Note: It is not possible to “downdate” LEICA M8 cameras to previous firmware releases, once the version 2.000 has been installed.

New function: Detection of 6-bit coding for new M lenses. The 6-bit coding and the correction profiles of the new Leica M lenses LEICA SUMMILUX-M 21mm/f1.4 ASPH., LEICA SUMMILUX-M 24mm/f1.4 ASPH. and LEICA ELMAR-M 24mm/f3.8 ASPH. have been implemented. The profile of the lens LEICA NOCTILUX-M 50mm/f0.95 ASPH. will be implemented in a later firmware version before the first shipments will start. “Bug Fixes“: a. If LEICA M8.2 cameras are set to the “Discreet” option and to single exposures, an unintended “black image” may have occurred when the finger was not completely lifted from shutter release button before pressing it down again for the next shot. (Not valid for LEICA M8 Cameras) b. Setting “AUTO-ISO” in combination with lens dependent setting of the slowest shutter speed: the camera will switch to the higher ISO when the shutter speed corresponding to “1/focal length” is reached (was 1/focal length + 1 f-stop). c. Correct display of image numbering. d. Correct display of the fastest sync speed in the menu (1/180s on upgraded M8 and M8.2, 1/250s on M8).

Notes: a. It is not possible to “downdate” LEICA M8 and M8.2 cameras to previous firmware releases, once the version 2.002 has been installed. b. Saved User Profiles will be deleted during the update process and have to be set again after updating the camera.

Detection of 6-bit coding for new M lenses: The 6-bit coding and the correction profiles of the new Leica M lenses LEICA NOCTILUX-M 50mm/f0.95 ASPH. and LEICA SUPER-ELMAR-M 18mm/f3.8 ASPH. have been implemented. Discrete Mode for all LEICA M8 cameras: Since the Market introduction of the LEICA M8.2 we have received numerous requests from customers, asking for the delayed shutter cocking action in combination with the LEICA M8. Therefore with the new firmware 2.004, the Discreet-Mode is available on all LEICA M8. At the lower end of the Menu list a new menu point „Advance“ has been added with the options „Standard“ and „Discreet“. Notes: a. It is not possible to “downdate” LEICA M8 and M8.2 cameras to previous firmware releases, once the version 2.004 has been installed. b. Saved User Profiles will be deleted during the update process and have to be set again after updating the camera. c. The maximum aperture value of the lenses M 21mm/f1.4, M24mm/f1.4 and 50mm/f0.95 are not displayed correctly in the EXIF-Files.

Resolving the error message “Shutter fault“ When shooting in C-Mode (Continuous) or taking several pictures consecutively in S-Mode (Single), the message “Shutter Fault“may appear on the display. The new firmware 2.005 will solve this issue.
Please note: After updating to the new 2.005 firmware the LEICA M8 with quiet 1/4000s shutter and LEICA M8.2 can not be “downgraded“ to the previous firmware.