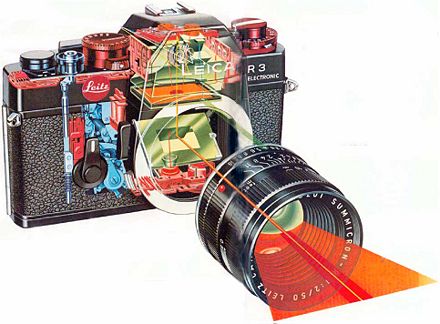 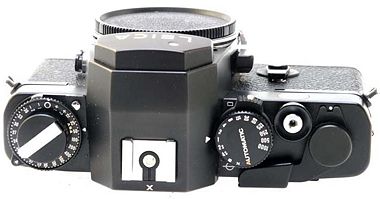 The electronic shutter is infinitely variable between 4 sec and 1/1000 sec. A mechanical speed of 1/90 is usable in the case of a battery failure.
The viewfinder is equipped with a full display and focusing can be achieved using split image rangefinder, centre spot microprism or ground glass surround.
Other features include a rapid load system, delayed action and a depth of field preview button. the metering system is extremely accurate and incorporates integrated and spot methods, the spots area being represented by the microprism area. A memory lock is incorporated and the metering selection is controlled by a switch incorporated in the speed selector dial." -jcb