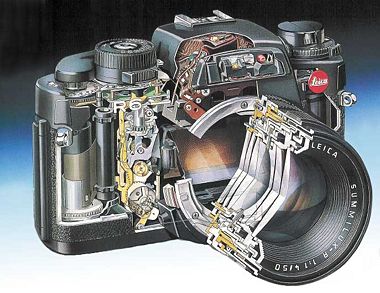 The Leica R6 is a mechanical, manual exposure, manual focus single-lens reflex camera which was on sale between 1988-92. Unlike every other entrant in the R-series range (with the exception of its successor the R6.2), the R6's shutter is fully battery independent. The only element of the camera's operation which is dependent on battery power is the built-in exposure meter.

Perhaps the most famous devotee of the Leica R6/R6.2 cameras is renowned documentary photographer Sebastio Salgado [1].